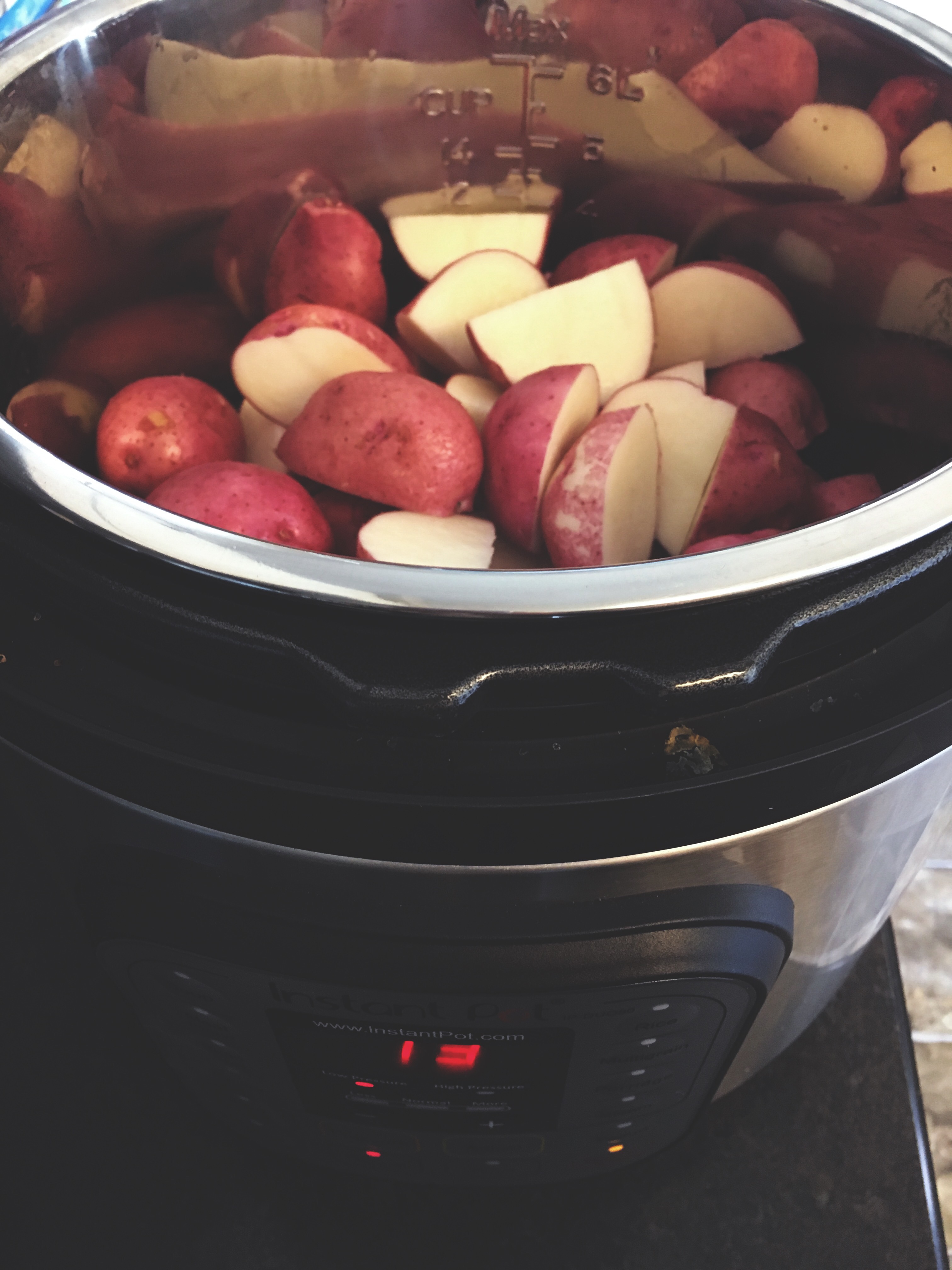 like a marriage made in heaven for potato salad lovers, the Instant Pot is also THE best way to hard boil eggs…  5 minutes on manual with 1/2 cup water or so and they are perfectly done and the shell peels off like Clark Kent changing into Superman…

cut the bacon into chunks, toss in a pot and cook!  I strain it once and then again at the end and place on paper towel…  perfect bacon… 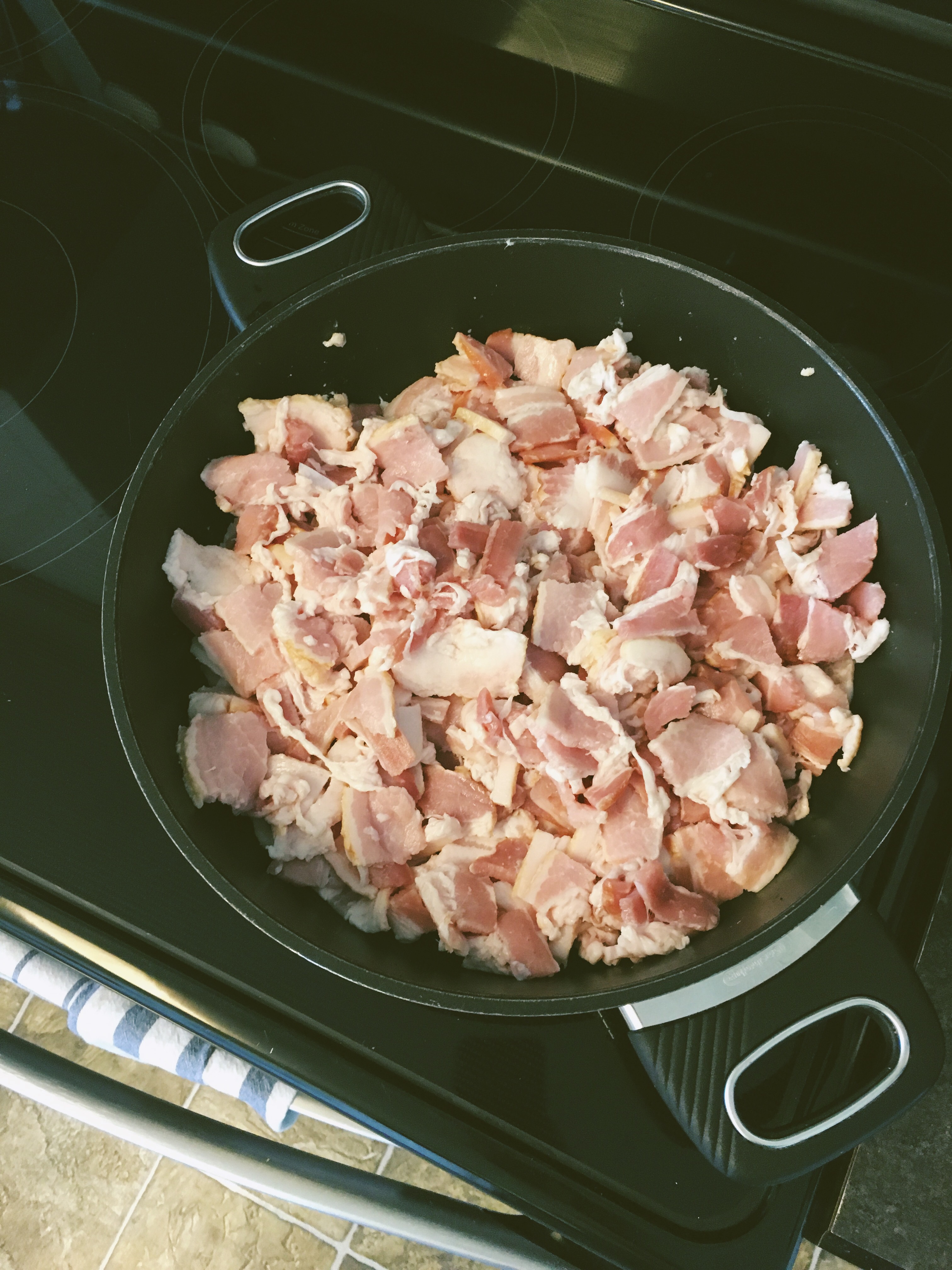 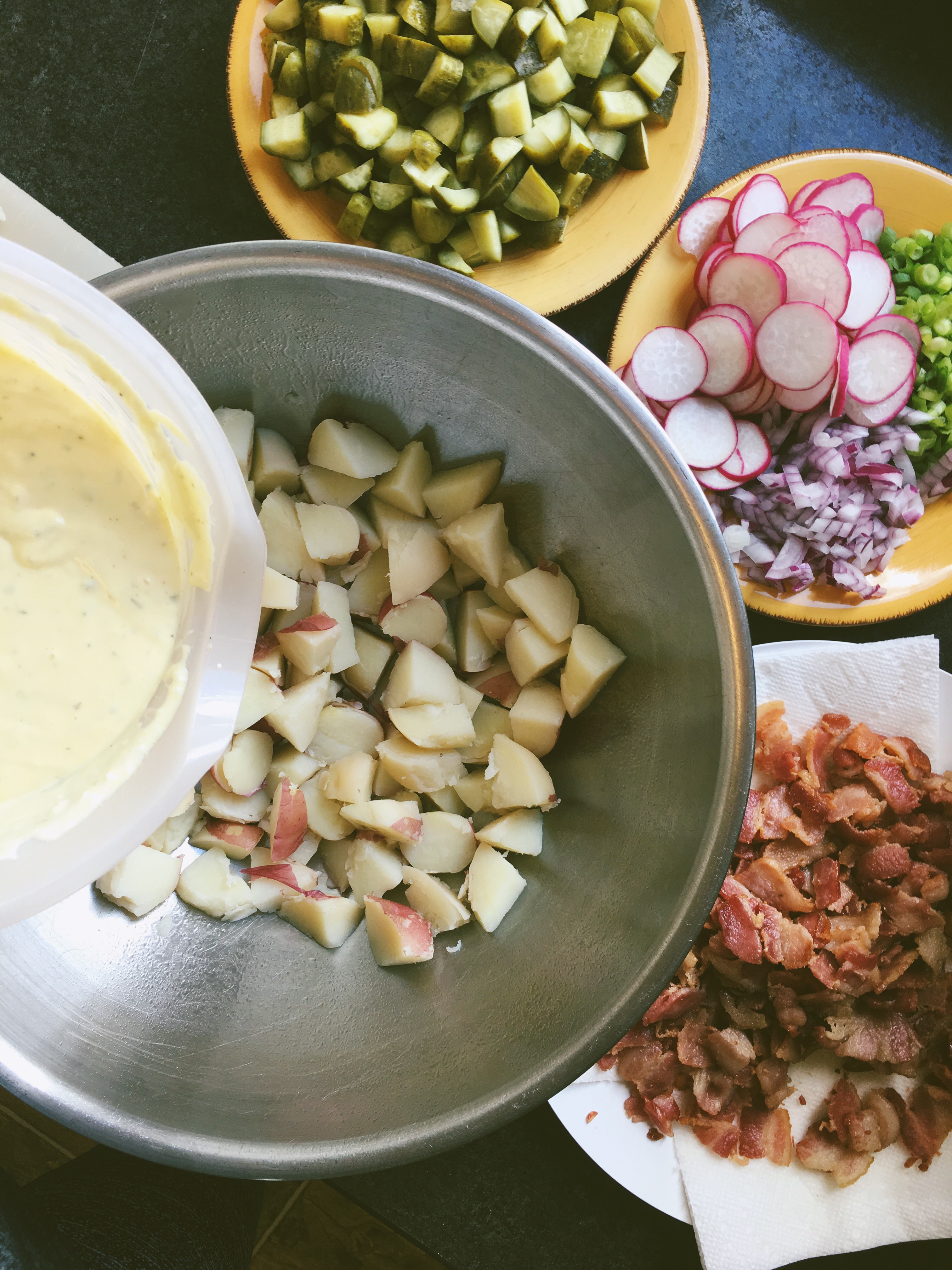 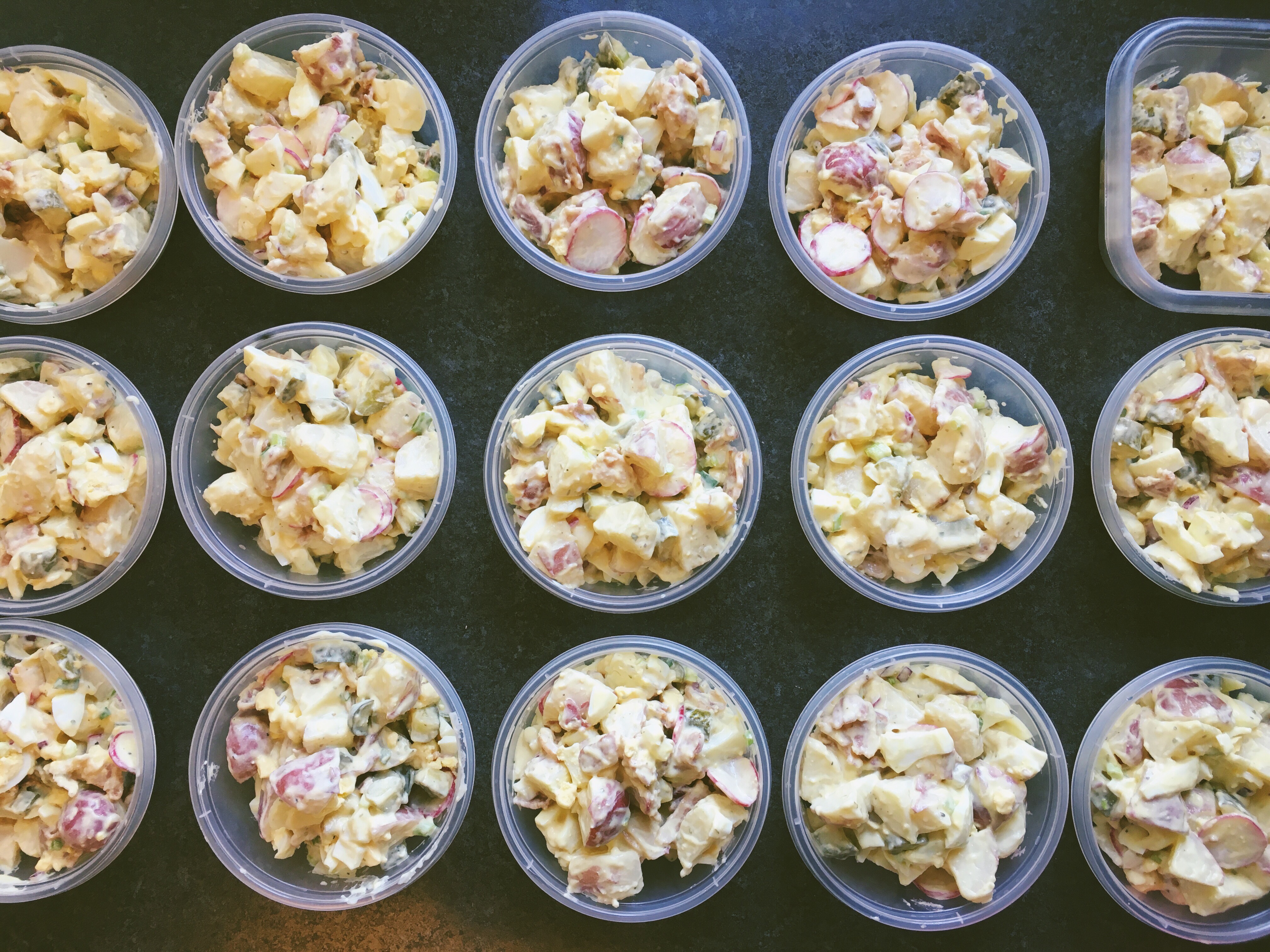 ***notice I used orange muffin cups to match the carrots???  cooking for farmers is all in the details***

I sliced up some garlic bread from Costco to go with probably my favourite casserole I have ever made.. black bean enchilada bake…

scooping this up for 14 farmers tonight I was thankful my kids are gone right now with their grandparents to Kelowna…  no leftovers around here!

this time of year in harvest it gets a little scary to run on the gravel roads as semi’s and tractors and sprayers go ripping by, covering you in dust if they don’t hit you first… 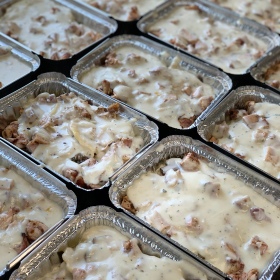 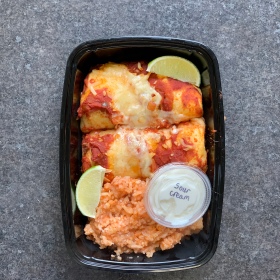